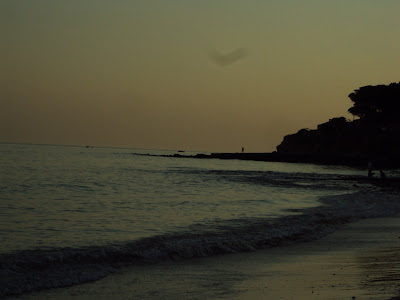 I'm back from holidays and easing myself into the "back to business" frame of mind.  When you fall out of routine it takes concentration, focus and some self-belief to establish a stride again.

﻿
While away in the Algarve I was influenced by the sea and the sunshine.  One night I thought of Keats' poem On the Sea and vowed to look it up again when I got home.  I've six word documents open at the moment.  One is blank.  I hope I can fill it tonight.

It keeps eternal whisperings around
Desolate shores, and with its mighty swell
Gluts twice ten thousand Caverns, till the spell
Of Hecate leaves them their old shadowy sound.
Often 'tis in such gentle temper found,
That scarcely will the very smallest shell
Be moved for days from where it sometime fell.
When last the winds of Heaven were unbound.
Oh, ye! who have your eyeballs vexed and tired,
Feast them upon the wideness of the Sea;
Oh ye! whose ears are dinned with uproar rude,
Or fed too much with cloying melody---
Sit ye near some old Cavern's Mouth and brood,
Until ye start, as if the sea nymphs quired!

Labels: John Keats, On the Sea 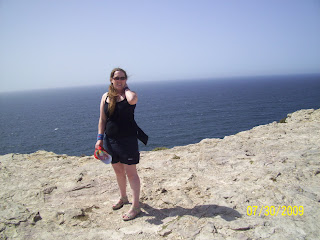 Cabo de Sao Vicente
I'm off to Portugal tomorrow evening for a week.  To Olhos D'Agua which is near Albufeira in the Algarve.  It is going to be around 30 degrees so the warmth will be a bit of a shock but it will be a welcome one.  I've packed some books to read and a notebook with pens and pencils.  I hope to write a few pieces.  I have Being Human the latest Bloodaxe anthology to read.  I haven't allowed myself to look at it yet.   I also have a collection of short stories by Chekhov, Shutter Island, I Know Why the Caged Bird Sings and a copy of The SHOp to muse through and over.  I won't have my laptop with me.  I also plan to take some nice photos.  Below is a poem by Maya Angelou who wrote I Know Why the Caged Bird Sings which I have started already.
Touched by An Angel
by Maya Angelou
We, unaccustomed to courage
exiles from delight
live coiled in shells of loneliness
until love leaves its high holy temple
and comes into our sight
to liberate us into life.

Love arrives
and in its train come ecstasies
old memories of pleasure
ancient histories of pain.
Yet if we are bold,
love strikes away the chains of fear
from our souls.

We are weaned from our timidity
In the flush of love's light
we dare be brave
And suddenly we see
that love costs all we are
and will ever be.
Yet it is only love
which sets us free. 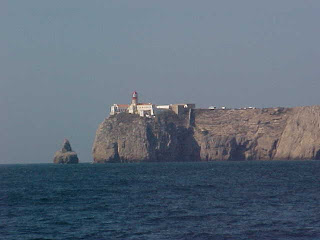 It's that time of the year again.  Autumn of course I mean (well nearly).  Last weekend she told me she was near by allowing a leaf to fall and tap me on the shoulder.  I miss writing and have been so stressed out the last few days but I'm gettiing my holidays tomorrow so I will write over the two weeks I'm off.  The moon is full too which could be partly why I feel a bit haywire.
And also that time of the year - as the Autumn issue of Boyne Berries is being prepared and it promises to be a delectable cocktail of poetry, prose and image.  You still have time to submit.  Send your piece before the 31st of July to editor@boynewriters.com .  And read the submission guidelines here http://www.boynewriters.com/buy_or_submit.html . I have to write something for it myself and submit.  I remember submitting to Boyne Berries 1 four years ago and I spent some hours thinking about whether I should send an email or not.  Having something accepted for publication in it would mean being thrilled and being rejected - well who likes rejection?  But I am used to being rejected now too, developed a tougher skin it seems.
I don't think I've much more to add tonight.  But I will be back soon.
Posted by Orla Fay at 23:18 No comments:

So I took up the sword and here I am on the steps to the reading room in The Irish Writers' Centre with Paddy Smith and Michael Farry from The Boyne Writers' Group.  I have to say thanks to them for coming to hear me read and to a couple of my friends who came too.  The judge Leo Cullen liked the imagery in my story and I am happy about that as creating imagery is for me a huge part of being a poet and I do tend to see my writing in a strong visual way.  It was, as has been mentioned in Michael's blog, and by the judge, a bold piece, it said something anyway.  I think now that I need to give more concentration to stories and to perhaps something, dare I say, longer, while still working on my poetry.
I attended a Boyne Writers' meeting on Thursday night and there is great excitement about the forthcoming Boyne Berries 10.  I also saw the reclaimed Battle of the Books trophy.  It seemed to glitter in the dimmed light of the Castle Arch Hotel.
Congratulations to the other three writers who shared the experience of The Lonely Voice: Short Story Introductions with me; Guy Barriscale, Deirdre McClay and  Sarah Gimartin.  We are pictured below.
Posted by Orla Fay at 11:57 1 comment:

The jeans I like that have been missing since October have just been found and where were they? In the top drawer of the chest of drawers!  Why didn't I see them before this?  Anyway this is good as I can wear them tomorrow with a black top and a black jacket.  So that's sorted.  I'm also going to get my hair done tomorrow afternoon so at least I should look the part.
Now I only have to worry about feeling like a rabbit caught in headlights, stunned and unable to speak.  Or perhaps I will panic and run from the building.  No, just calm down.  It should be okay.  Except I feel a bit like an "i" (a little i in an ee cummings poem).  I've printed off the story and read it aloud once.  I must read it again in a while.  In the immediate I have to go to sleep and go to work in the morning.

High July a Battle of the Books

It's not quite Independence Day but it may be something of a small revolution today if the Boyne Writers' Group can take back the trophy in The Battle of the Books, a satirical writing contest.  The Meath Writers' Circle are hotly tipped to win.  Their captain is the fine Tommy Murray and I'm sure the lovely Frank Murphy will take his place on their team.  Our Boyne Writers are represented by the great Michael Farry, James Linnane, Caroline Finn and Bill Comerford, all of whom are good speakers.  Good luck everyone!  The event is taking place in the Trim Castle Hotel from 1.30pm on.
And pictured above and below roses from my garden.  While I took the photos the bees and wasps hummed about me.  All I could think of was keats' line "the murmurous haunt of flies on summer eves".  It was from Keats' poetry that I learned about sensuousness.
Posted by Orla Fay at 11:54 3 comments: