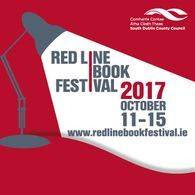 We are delighted to announce the shortlisted poems, judged by Mary O'Donnell, in The 2017 Red Line Book Festival Poetry Competition!
The shortlist, in alphabetical order by title, is:

Shortlisted entrants are invited to read their work at our Poetry First event in the Civic Theatre on Wednesday 11th Oct, where the winners will be announced.
Alongside our Poetry Awards Ceremony, we will also be having a panel discussion on First Collections, chaired by Nessa O'Mahoney, and featuring Brian Kirk, Eamonn Lynskey and Phil Lynch.

Over the Edge New Writer of the Year Longlist 2017

I was also over the moon to make the longlist for poetry in this years Over the Edge New Writer of the Year Competition. I entered 3 very different poems in the competition which is judged this year by Nicki Griffin. Good luck to everyone. You can read the longlist for fiction and poetry here: http://overtheedgeliteraryevents.blogspot.ie/2017/08/2017-over-edge-new-writer-of-year.html

Labels: Over the edge New Writer of the Year 2017

It was a thrill to be longlisted and then shortlisted for The Dermot Healy Poetry Prize, judged this year by Vona Groake. Fellow Boyne Writer Evan Costigan also made the shortlist. It is truly a fine shortlist. My poem is called The Resonance of Shells. The longlist and shortlist can be read here https://fiveglensfestival.wordpress.com/ 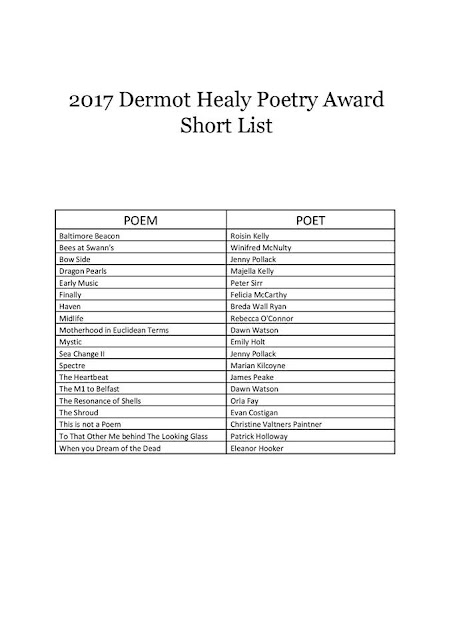