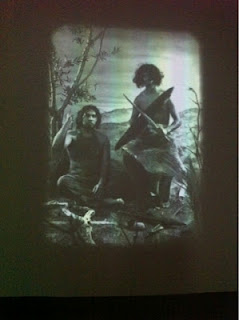 Picturing the old people by Genevieve Grieves is a series of captured images on exhibition at the Gallery of Modern Art in Brisbane.  The films are the imagined goings on at staged studio renderings, where Aboriginal participants were encouraged to engage in performances to make themselves seem "more Aboriginal".  The pieces are based on actual photographs studied by Grieves from archives.

The recordings are in black and white and you can sit by each film/photograph in the darkened room.  It is really intimate and enchanting.  The pictures are of two youths who captivated me. 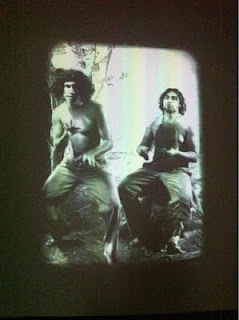 I've just been to the gallery and took two snaps of my fave paintings there. They're called "Rest" by George Clausen and "Season of Mists and Mellow Fruitfulness" by Henry Hewitt. I'm going back to the Gallery of Modern Art next, especially curious to see the Aborigine artwork again.

The QAG is showing an exhibition:
Portrait of Spain - Masterpieces From The Prado. 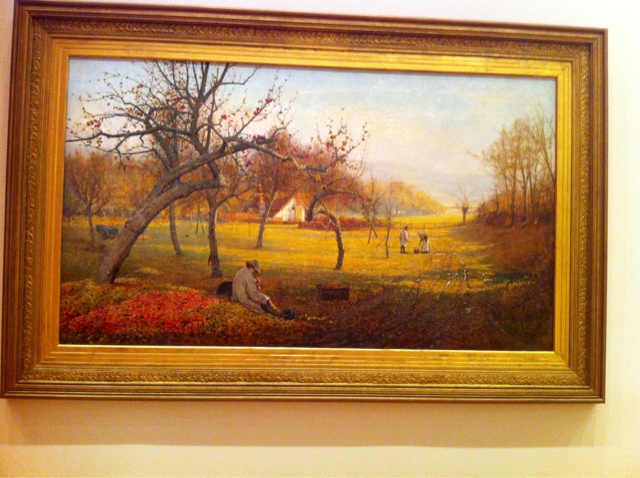 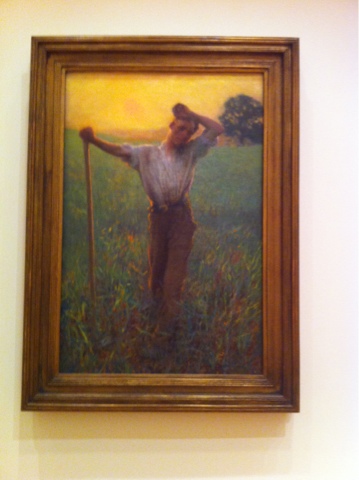 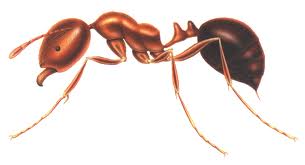 Hi blog.  Just checking in with you.  I've been doing some serious writing the last two days.  I hope to continue tomorrow.  I see these ants every day on the pavement.  They may be fire ants and if not they're obviously some species.  Below is a poem by an Australian writer.
The unquiet city by Chris Mansell
we are succulents
our cool jade arms open
over clean tables our fine bone
china minds pull the strings
of our tongues together we plait
our thoughts with the television
back through the aerials and
transmission towers prodding
through the literal fog
the mechanics of which distance
does not startle us or the ears
pretend to hear the telephone
the page also wearies
us we have taken the meaning
out of things by laying them face to
face in our dictionary of emotions
we are so entirely alone that we
are unaware of it
and we enjoy the religion of solitude
because religions are at base
meaningless and we can turn
from them to a new hobby
to clean ashtrays or emptier
whiskey glasses we the women
of our building Margaret Gladys
Cecily Ida Eileen and I have
the cleanest washing on our block
we are proud and air our sheets
although it's a long time since
any serious stain or passionate figment
seeped through that censorious cloth
we have plants one of us has a budgie
and I have three fish the details
are unimportant God does not come here often
we would be suspicious if he
did without an identity card
we collect each others' mail
remind each other of garbage
days and are frightened
of the louts from the skating rink
but in the night I leave
my curtains open and air
my pendant tremulous breasts

Chris Mansell
Posted by Orla Fay at 07:55 No comments:

In Adelaide I saw the Aboriginal flag. I was perplexed and asked my friend was it the Japanese flag? She laughed and said "No it's the Aborigine flag".

The yellow at the centre of the flag is meant to be the sun. The red represents the earth and the black stands for the Aboriginal people. The original people! I've only seen one Aborigine so far, in Sydney and he was busking for tourists. I suppose this is what happens to mythical peoples, indigenous races who are wiped out. Well maybe that's what happened in the past.

I found this poem while browsing google. I think "the Rum Corps" were the police/law of early Sydney where a Captain Phillip subdued the Aborigines.

The listed servitude of roots

Sonny it's wrong, to steal that car,
but it's all right to steal a whole country to live on.

Sonny it's wrong to steal that car, but it's all right to steal all the oil to fire it.

Sonny it's wrong to steal that car,
and it's right for the Rum Corps to pursue you to death. 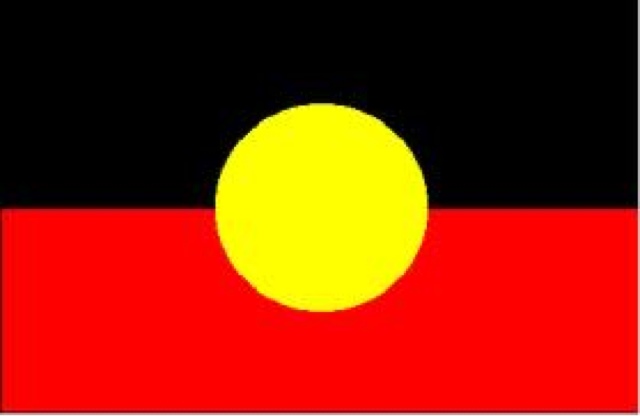 I've spent a fantastic three days in Sydney and took lots of pictures. The highlights were seeing the Opera House and climbing to Barenjoey Lighthouse by Palm Beach. It was twenty degrees yesterday and very sunny. We had a fantastic view out to the ocean. I got some light colour but used paw paw balm to soothe it.

This morning I sent postcards. It was fun writing them last night. I also played escort to the post office to a group from Taiwan. Go me!

Look at this gorgeous coffee below. It's the nicest I've tasted yet in Australia. 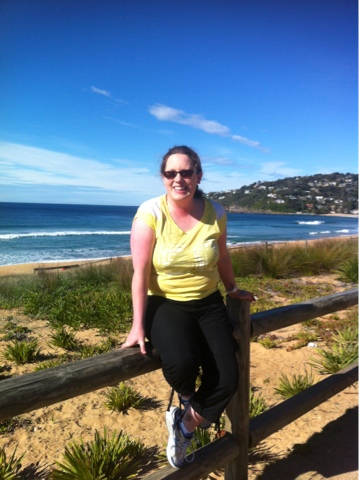 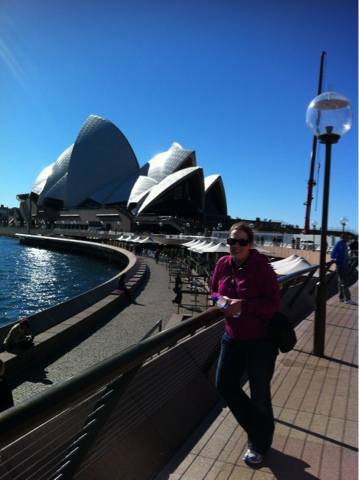 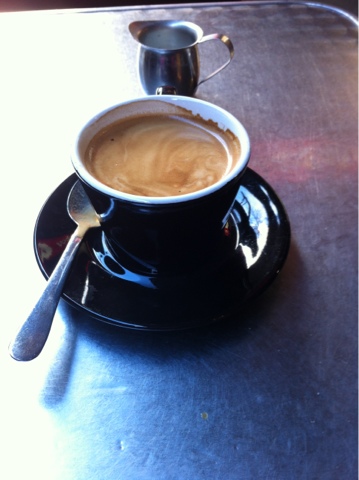 Loving it here. Temperatures are quite cool. It was eleven degrees when I visited Brighton today and saw magnificent ocean looking out to the Gulf of St. Vincent. I don't suppose I'll ever be as close to the south pole again.

Last night we went clubbing and had a barrel of laughs.

I saw a black swan earlier on the River Torrens. 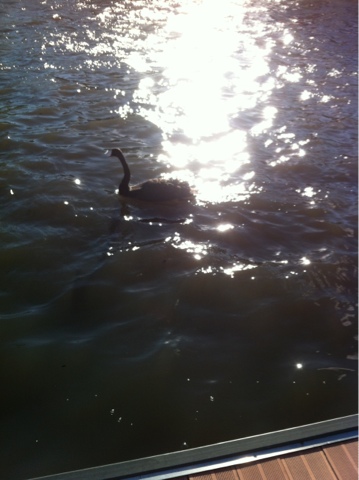 Revival 23 will be launched at the August "On The Nail" Literary Gathering. It is presented by The Limerick Writers' Centre. The event takes place at 8 pm in The Locke Bar, George's Quay, Limerick, on Tuesday, 7th August.

Thanks to Dominic Taylor and to Noel King, editor, for taking one of my sonnets for this issue. Guest readers on the night will be Kevin Higgins, Donal O'Brien and Brid Ni Mhorain. The Gabhar Theatre Company will also present a 10 minute play on the night. 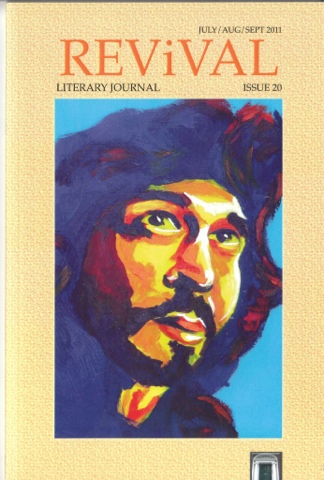 Good morning blog. I'm taking a quiet day to reflect and to write a couple of poems. I will make a cup of coffee and take my leisure. As I mentioned in the previous post it is winter here and raining for the second day in a row. More rain is forecast and I am going south at the weekend where it will be colder. I'm not complaining. I saw on the news yesterday that a mist had covered Sydney disrupting flights and commuting traffic.

There is a lot here to stimulate the imagination which is exciting for me. I visited the Queensland State Library where the Queensland Writers' Centre is based. I'm looking for a poetry event to attend but I may be out of luck as the Speedpoets open mic takes place on the first Saturday of the month and the Australian poetry slam Brisbane heat was last Thursday. I'll keep an eye out for something.

The Brisbane River is very wide. As I looked on the city skyline I noticed that there are lots of cranes. Remember when there were lots of cranes in Ireland during the Celtic Tiger? 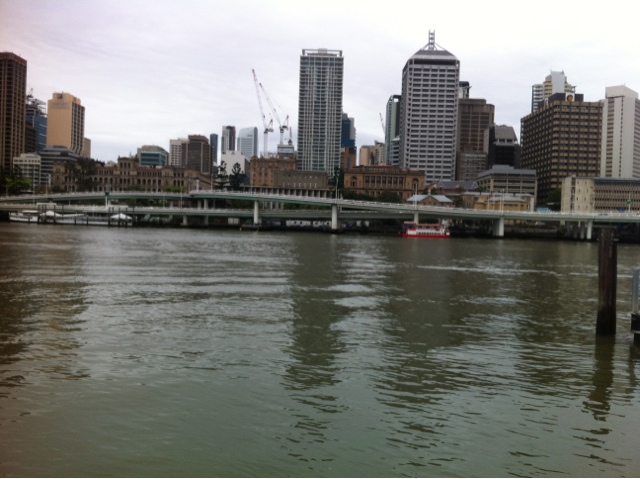 I arrived on Saturday night local time. The flight was long; Dublin to Heathrow, Heathrow to Kuala Lumpur (12 hours) and KL to Brisbane (8 hours). On boarding the flight from KL I should have been going to bed so tiredness really kicked in. It was worth it!

Brisbane seems to be a vibrant thriving city on the up. It's winter here so it is dark by six o'clock. Yesterday I visited the largest shopping centre in Queensland in Chermside. I got a sim for a phone there so I'm mobile.

Today I visited the city centre and the area of South Bank on the River Brisbane. I went to the Museum of Modern Art which is celebrating Australian women at the moment. I took time to draw a breath in a room showing generations of aboriginal people and marvelled at incarnations of Australian dogs. There was a lot to take it and I should go back.

Below are just some pictures that caught my eye, mind and heart. 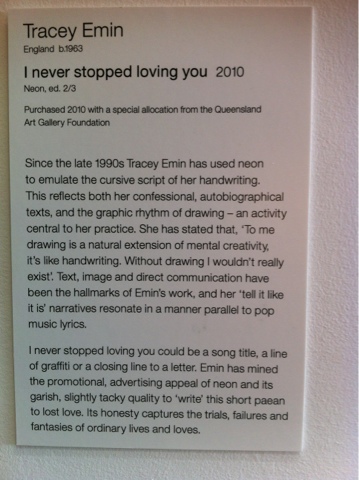 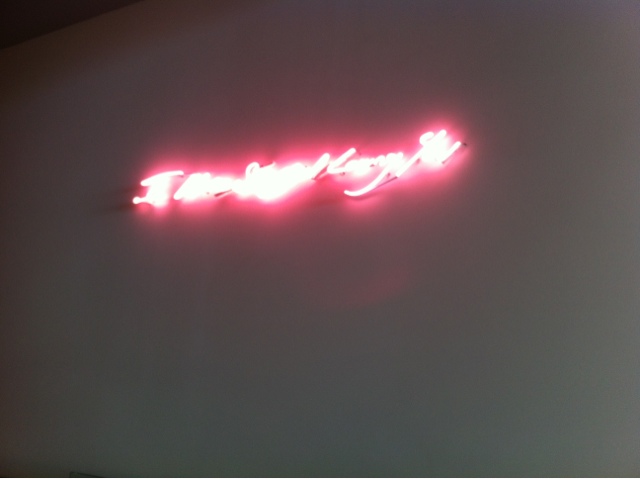 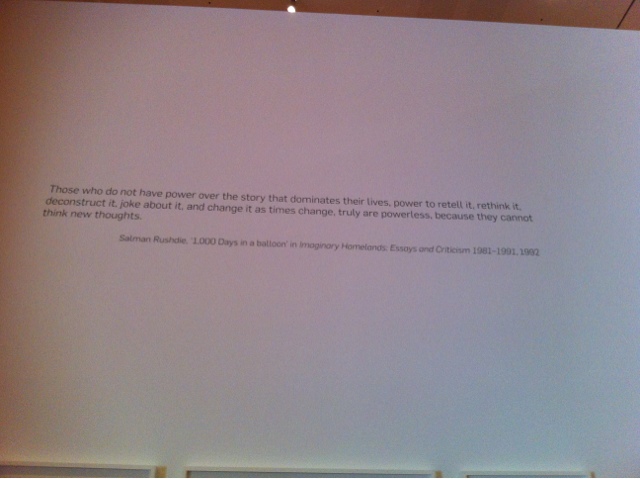