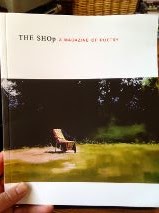 I'm a proud contributor to The SHOp Issue number 45, Summer 2014. My poem After MC Escher's Hands Drawing Hands made the cut.  It had been highly commended last autumn in the Jonathan Swift Creative Writing Poetry Award.  I wrote it in pencil late one Saturday night last summer. In this issue of The SHOp I'm back to back with Kevin Graham whose poetry I admire a lot.  I had a poem beside one of his a couple of years ago in The Stony Thursday Book too.

I was saddened to read that the editors John and Hilary Wakeman are to cease publication of The SHOp after 15 years of dedication to the magazine.  There will be two more issues, 46 and 47, combined in one final double issue to appear in November. Over the past few years having a poem appear in The SHOp was something I always aspired to.  It is looked upon as being one of the finest magazines of poetry in Ireland. 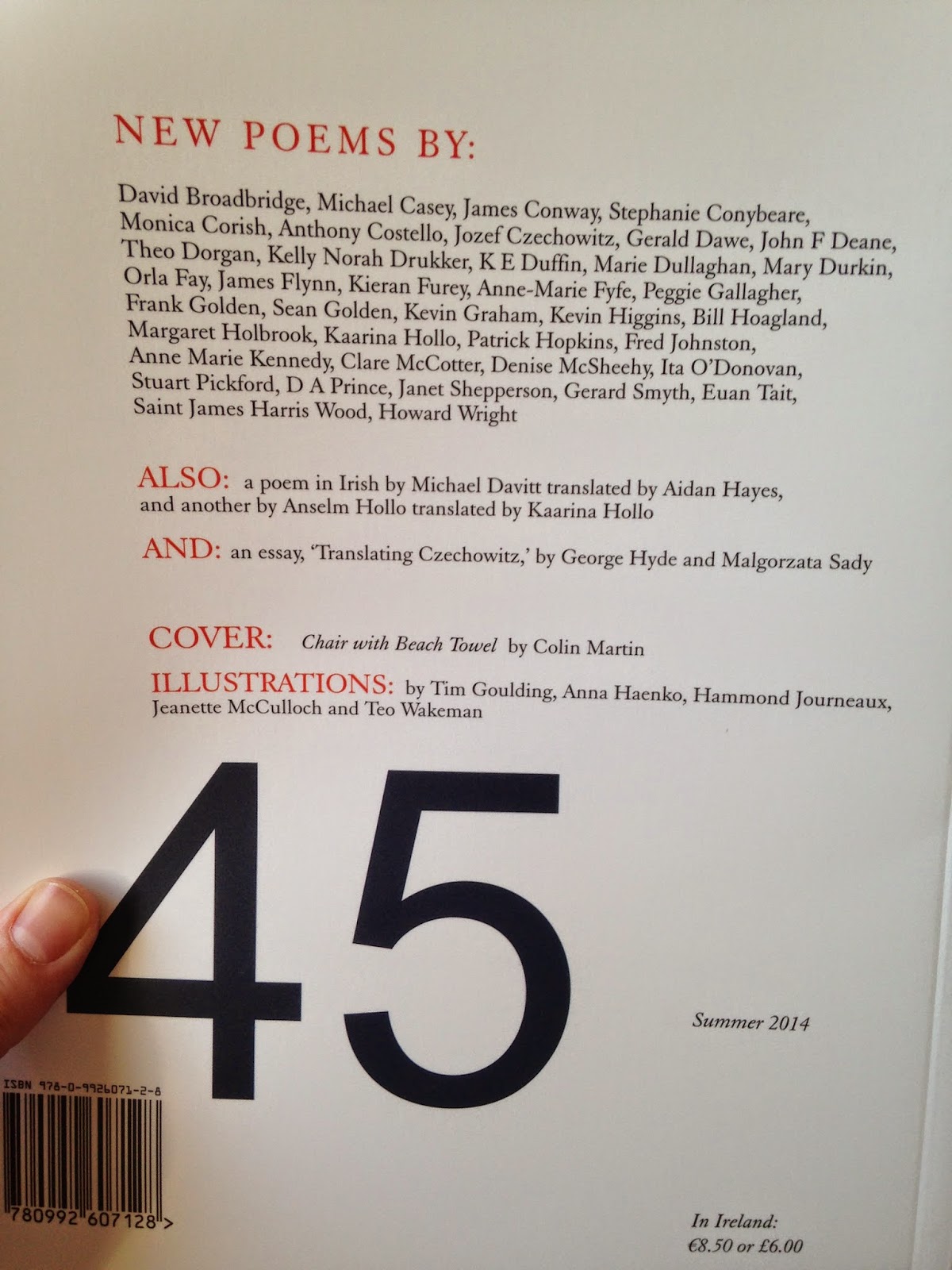 The Rose that Grew from Concrete 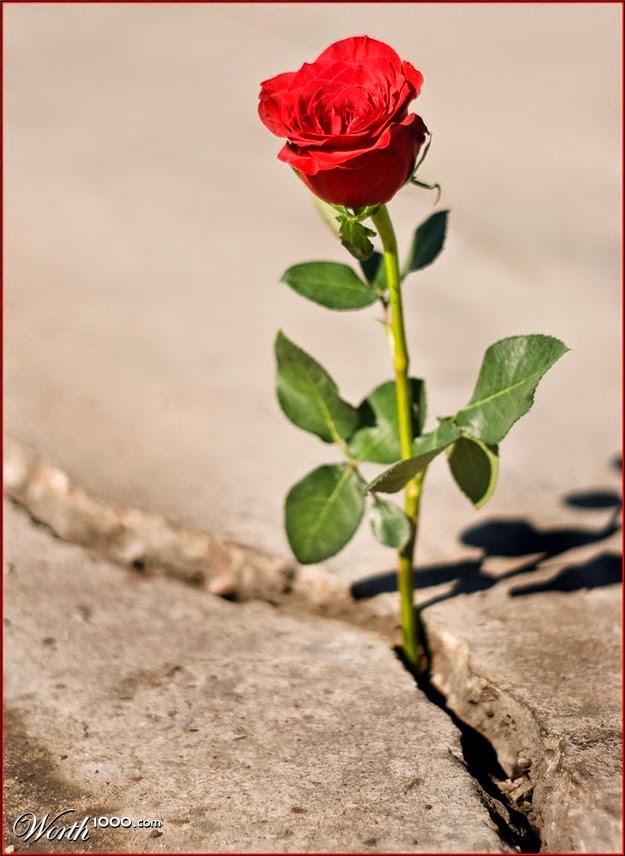 The Rose That Grew From Concrete

Did you hear about the rose that grew
from a crack in the concrete?
Proving nature's law is wrong it
learned to walk with out having feet.
Funny it seems, but by keeping its dreams,
it learned to breathe fresh air.
Long live the rose that grew from concrete
when no one else ever cared.

Tupac Shakur
Posted by Orla Fay at 20:54 No comments: 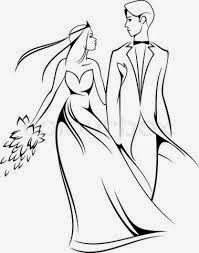 My brother, Christopher, is getting married in July and I've been asked to write a poem that I will recite also at the reception.  It will be a near formal occasion so I was thinking of writing a sonnet.  Are there any great wedding poems out there?  This is the best I could find so far.

OMFORTS lasting, loves increasing,
Like soft hours never ceasing;
Plenty's pleasure, peace complying,
Without jars, or tongues envying;
Hearts by holy union wedded,
More than theirs by custom bedded;
Fruitful issues; life so graced,
Not by age to be defaced;
Budding as the year ensu'th,
Every spring another youth:
All what thought can add beside,
Crown this Bridegroom and this Bride! 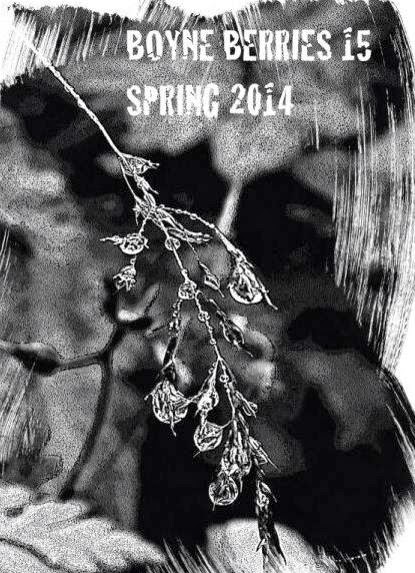 Boyne Berries 15 will be launched this coming Thursday, the 27th March, at 8 p.m. in the Castle Arch Hotel, Trim Co. Meath.  There are many fine poems and prose pieces included.


Every issue of Boyne Berries is special and especially as it's published just twice a year it is always worth the wait.  However this 15th issue of the magazine marks something of a transition as Michael Farry is stepping down as editor and I am going to edit the magazine.  This is going to be a great challenge and a learning experience for me. Thank you to Michael for his seven years of service.  Nobody could have done a better job.

The cover for the magazine is by Greg Hastings.  I love this particular cover as it revisits the berries of issue 1.

Congratulations too to Michael on his recent publication in the Australian magazine of new writing; regime

Boyne Berries will be available to purchase on the night of the launch and it can also be purchased here Boyne Berries buy  You can keep up to date with details of events, submission periods and literary news via the Boyne Writers' Facebook Page BWG Facebook 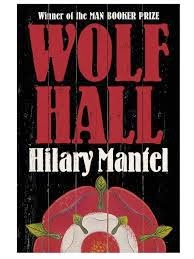 I've just finished reading Wolf Hall by Hilary Mantel and what a book it was.  For two weeks I've been in and out of Tudor England.  During this period (c.1520's - 1530's) Henry VIII was married to Katherine of Aragon and then to Anne Boleyn.  The novel centres around the adoption of the Act of Supremacy which made Henry the head of the church in England.  Henry wanted his marriage to Katherine (who had been married to Henry's brother Arthur before Arthur died) annulled by the Pope in Rome.  Thomas More is a staunch RC and he goes about torturing followers of Luther and anyone who has a copy of the Bible translated into English.  In the end More is beheaded because he will not take an oath recognising Henry as the head of the church. The novel is told through the mind of Thomas Cromwell. Cromwell's story is gripping.

Apart from all this history and intrigue there are some gorgeous descriptions and really insightful and intuitive passages in the novel. Here are two of my favourite:

There are great pearls which gleam wet from the ocean, sapphires hot as India.  There are jewels like the fruit you pick on a country afternoon: garnets like sloes, pink diamonds like rosehips. (Mantel 2010, p. 582-583)

The sequel to this book is called Bring up the Bodies.  A further novel in the series The Mirror and the Light is expected next year. 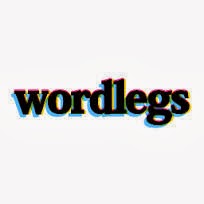 Wordlegs is an online literary journal edited by Elizabeth Reapy.  wordlegs was founded by Elizabeth Reapy and Cathal Sherlock in early 2010. It was set up to provide a platform to showcase young and emerging Irish writing talent and also to encourage a younger audience back to reading literature.

wordlegs strives to be an innovative and supportive literary organisation.

2014 will be the zines last year culminating in issue 20.  This issue 17 contains poetry by Phil Lynch, Maeve O'Sullivan, Faye Boland, Sarah O'Connor, Caleb Brennan, Daniel Ryan, Michael McDonald, Bonnie Tsang and James Conor Patterson.  Short stories and flash fiction are also included.  Poetry was guest edited by Kate Dempsey and she says in her editorial: But the star of my bunch was Orla Fay whose three poems were tough to whittle down to one but I settled on a lusty sonnet that should delight all.  Thanks Kate!

You can read the magazine here wordlegs

Boyne Berries, The SHOp and Wordlegs 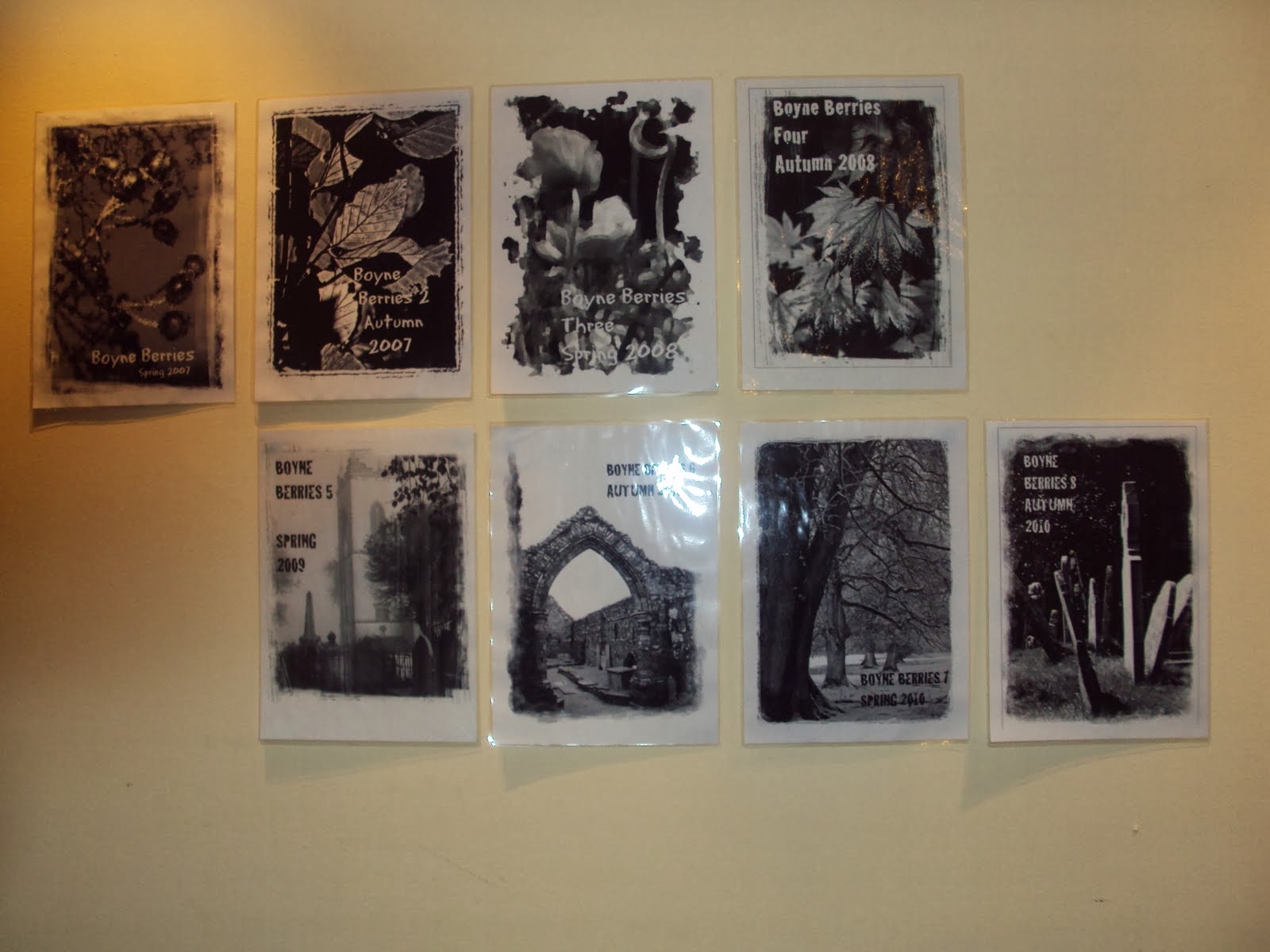 Come this summer I am taking over the editorship of Boyne Berries, the bi-annual literary magazine of The Boyne Writers' Group. Thank you to everyone in the group for allowing me this opportunity to edit the magazine. Since its inception in the Spring of 2007 Michael Farry has served as editor, nurturing the magazine to the zenith of the approaching 15th issue which will be launched in The Castle Arch Hotel in late March.  Boyne Berries 14 was guest edited by Kate Dempsey.  Although I have served on the editorial board of the magazine this role of editor will be challenging and I hope to steer this vessel of poetry and prose into clear and open seas with an open mind and strong, safe hands, as it has been accustomed to. I do hope I can test the waters too. It goes without saying that my heart will be in the task.

In other news I am completely thrilled to have had a poem accepted by The SHOp magazine which is based in Schull, Co. Cork:

The poem will be published sometime over the coming year.

I'm also looking forward to the 17th issue of Wordlegs going live as I have had a poem accepted for that.
Posted by Orla Fay at 13:13 2 comments: 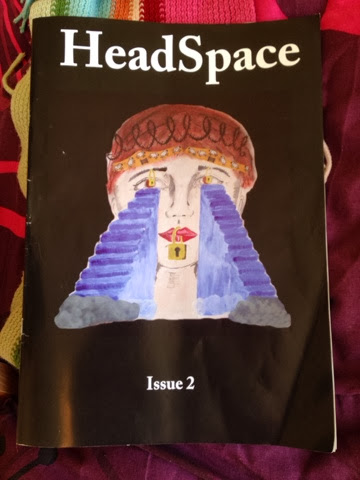 I ventured into the city centre on Friday night for the launch of issue 2 of HeadSpace edited by Naomi Elster and Lisa Burke. The venue was the basement of Sweeney's off Dame Street.

A large and attentive crowd gathered for readings of short stories and poetry garnished by some live music. I enjoyed the mixture and received a warm welcome myself on reading my published piece. The MC Aidan Murphy was very good.

It was proudly announced that there will be a third issue of the magazine which is generously funded by Rehab Group's Visual and Performing Arts Fund. Submissions for this third issue will open in March I believe.

I was impressed by Anne Tannam who recited by heart a long and engaging poem called 'For My Mother.'

Well done to all involved and congratulations to them for taking up such a worthwhile initiative. Front cover and back cover are pictured. 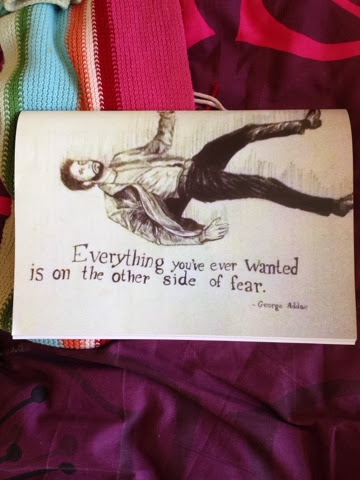 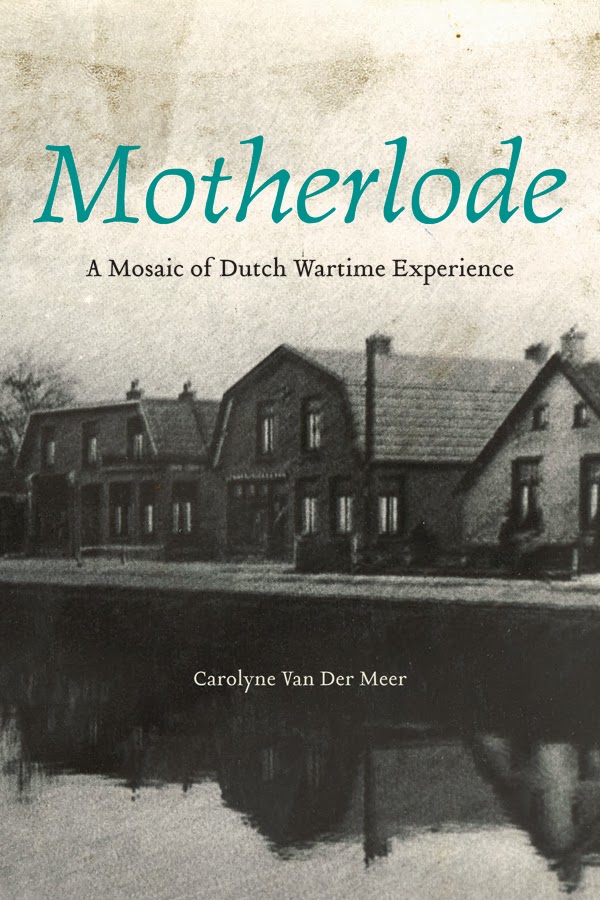 I had the pleasure of meeting Carolyne in 2011 when she contributed her poem In Central Station to Boyne Berries 10  and attended the Trim and Galway launches of Boyne Berries 10.  Since then Carolyne has been a firm friend of the Boyne Writers' Group.  Her poem Atonement appeared in Boyne Berries 11 and most recently Re-Imagining Italy on the Train was published in Boyne Berries 14 (guest-edited by Kate Dempsey).  Carolyne lives and writes in Montreal.


Motherlode: A Mosaic of Dutch Wartime Experience is Carolyne Van Der Meer’s creative reinterpretation through short stories, poems, and essays of the experiences of her mother and other individuals who spent their childhood in Nazi-occupied Holland or were deeply affected by wartime in Holland. The book documents the author’s personal journey as she uncovers her mother’s past through their correspondence and discussion and through research in the Netherlands.Motherlode also considers mother—daughter relationships and the effect of wartime on motherhood.
Motherlode is not about recording precise historical data; rather, it attempts to recover and interpret the complex emotions of the individuals growing up in wartime. The book is based on interviews with the author’s mother and other Dutch Canadians, interviews with and letters from Canadian Jewish war veterans, and information provided by individuals with direct or indirect experience of the Dutch Resistance. The creative pieces explore onderduik (going into/being in hiding), life in an occupied country, the work of the Dutch Resistance, liberation, collective and individual cultural memory, and the way in which wartime childhoods shaped adulthood for these individuals.

Carolyne Van Der Meer is a journalist, public relations professional, and university lecturer. She has undergraduate and graduate degrees in English Literature from the University of Ottawa and Concordia University, respectively, and a Graduate Certificate in Creative Writing from the Humber School for Writers. She has published journalistic articles, essays, short stories, and poems in publications in Canada and internationally.