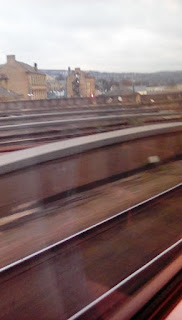 Edited by Doire Press poet Simon Lewis, Sixteen Magazine publishes fiction and poetry on the theme/prompt of a colour on the sixteenth of every month. My poem Coors Light was chosen this month on the colour brown, alongside fiction by Shivaun Conroy. You can read the work here: http://www.sixteen.ie
Posted by Orla Fay at 21:28 No comments: 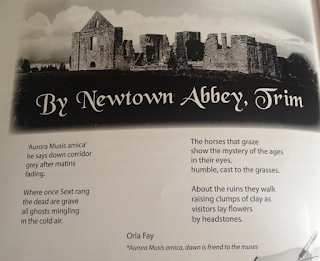 Thanks to Frank Murphy of Meath Writers' Circle for including two of my poems in the group's 2nd Annual Magazine which focused on culture and heritage, people or place, particularly in relation to County Meath. As you can imagine there is a wide variety of work included with poems from Michael Farry, Tom French, Frank Murphy, Kieran Murray, James Linnane, Peggy Murphy, Willie G. Hodgins and the late Tommy Murray and Myra Lalor, to name just a few. It's really lovely to be included in a magazine about Meath showcasing snapshots of our county.

This poem about Newtown Abbey is an older poem and it is true that dawn is a friend to the muses. The other poem included is called The Glass House and it was written on the location of The Porchfields in Trim. 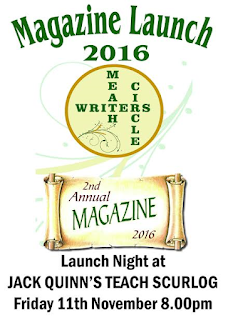 Freud Exhibition at the Irish Museum of Modern Art 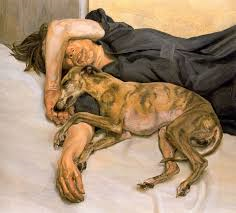 Double Portrait - Lucian Freud
I recently visited the IMMA to view the Lucian Freud exhibition which features 50 works of art loaned to the museum until 2021. It is well worth a visit. He is an artist I knew little about.
Lucian Freud (1922 - 2011) is widely recognised as one of the greatest realist painters of the 20th century and is renowned for his intimate, honest, often visceral portrayal of the human form. Freud painted from life, and usually spend a great deal of time with each subject, demanding the model's presence even while working on the background of the portrait. A nude completed in 2007 required sixteen months of work, with the model posing all but four evenings during that time; with each session averaging five hours, the painting took approximately 2,400 hours to complete. A rapport with his models was necessary, and while at work, Freud was characterised as "an outstanding raconteur and mimic".
He was the grandson of Sigmund Freud.
One work that really took my fancy was I reached inside myself through time by Dennis McNulty which can be found in The Hennessy Art Fund for IMMA Collection. The multi-media piece features a re-edited acapella of the AHA song The sun always shines on TV.
﻿
Posted by Orla Fay at 17:20 No comments: