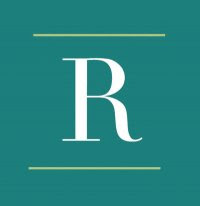 I received an email last week confirming that I will have a piece included in R.O.P.E.S. ( the Review of Postgraduate English Studies)  ROPES is the annual literary journal produced by the MA in Literature and Publishing at N.U.I. Galway.

All proceeds from the sale of ROPES go to the Cystic Fibrosis Association of Ireland and the journal is usually launched as part of the Cuirt International Festival of Literature in April.
Posted by Orla Fay at 11:58 2 comments: 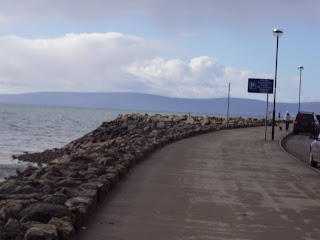 When I visit Salthill I am always drawn back to my student days between '96 and '99.  I remember studying Sylvia Plath and Anne Sexton.  It was a time of change for me.  This description by Plath of her childhood sea has always stayed with me:

"My childhood landscape was not the land but the end of the land - the cold, salt, running hills of the Atlantic.  I sometimes think that my vision of the sea is the clearest thing I own.  I pick it up, exile that I am, like the purple 'lucky stones' I used to collect with a white ring all the way round, or the shell of a blue mussel with its rainbowy angel's fingernail interior; and in one wash of memory the colors deepen and gleam, the early world draws breath." 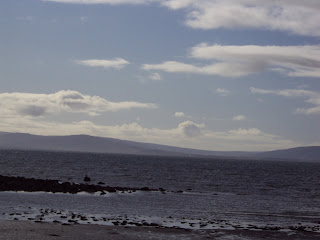 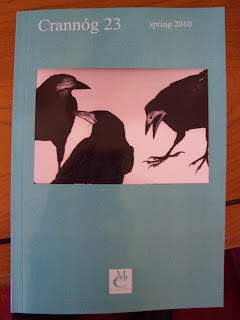 Last night I attended the launch of Crannog 23 in the Crane Bar, Sea Road, Galway.  As always the magazine has a beautiful cover.  Sabine Springer and Sandra Bunting are responsible for cover images and design.  The editorial board of Crannog are Sandra Bunting, Geraldine Burke, Jarlath Fahy and Tony O'Dwyer.  Tony O'Dwyer introduced each reader at the launch, while Sandra and Jarlath themselves read pieces.

One poem that stood out to me is The Fisherman's Wife by Deirdre Grimes:

"She had lived windswept
on some distant rocky outcrop in some far off bay
which you can still see in the background of her eyes
now she lies on your hearth rug
leaving a pool of sea water on your floor."

Siobhan Daffy read her poem, Green Fingers, accompanied by what I presume was a ngoni African harp as mentioned in the biographical details.  It was an interesting performance.  Maureen Gallagher read View From The Moon.  My poem too was of a lunar theme.  The Moon in March, had come about as the result of a challenge by Boyne Writers Group Secretary Michael Farry to write a poem about the full moon last year. 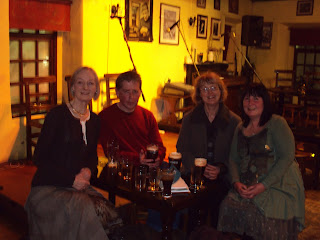 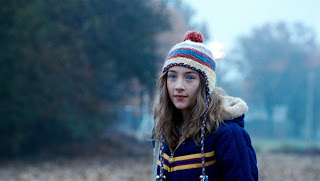 Saoirse Ronan is true to the character of Susie Salmon. She is the best thing about the picture. Last night she won an IFTA award for her performance.


On the way to see it I heard a review on the radio. Matk Wahlberg and Susan Sarandon faced criticism but I actually enjoyed their performances.

Peter Jackson's portrayal of the inbetween and heaven - well it was nice, flowers, birds etc. but he has been thrashed for lack of imagination. After the LOTR I can see why he must have been drawn to the challenge of creating a fantastical world onscreen. I did enjoy the sequence where Jack Salmon is breaking the ships in bottles in his study and Susie sees them floundering and breaking on the shore of her other world, this worked well.

Since Stanley Tucci  has been nominated for an oscar for best supporting actor for his portrayal of the serial killer Mr. Harvey I don't see why Ronan hasn't been nominated!
Posted by Orla Fay at 21:50 No comments:

The Lovely Bones by Alice Sebold

I started reading this book one day at Christmas and finished it the following morning, waking at about 5 am to read a few more pages and falling back asleep. From the very beginning the reader is gripped and from then on there is no pulling away.

It is the story of a fourteen year old girl, Susie Salmon who is brutally assaulted and murdered in a corn field close to her home. Susie goes to a heaven where she watches down on her family, friends and murderer.

It is a startling book at times and there is some wonderful imagery: 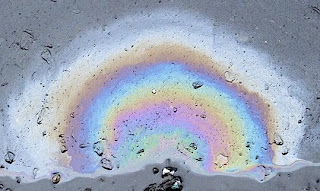 "Our only kiss was like an accident - a beautiful gasoline rainbow."

And another favourite part of mine mid way through the book:

""How to commit the Perfect Murder" was an old game in heaven. I always chose the icicle: the weapon melts away."

The Lovely Bones does indeed seem to have something to offer everyone. The characters are each interesting in their own right; Jack Salmon (Susie's father), Abigail (Susie's mother with ocean eyes), Lindsey (her sister), Ruth Connors (poet and medium of ambivalent sexuality), Ray Singh (Susie's young love) and Ruana Singh (Ray's dignified mother). The path of the murderer himself is also interesting.

The movie of this book is due out shortly. I will have to see it!
Posted by Orla Fay at 21:27 1 comment: 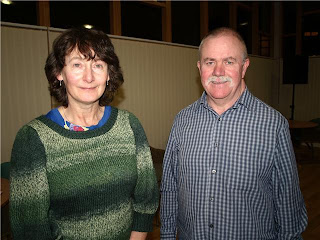 Last Thursday, 18th February, I attended the open mic session in the Knightsbridge Village Hall. The featured readers this night were Susan Connolly and Michael Sheils. As well as the featured readers an open mic session runs before, between and after main readers.
I had admired Connolly's poetry for some time so it was fantastic to hear her read. The first poem of hers that I knew is "Heartwood" which I found in a collection called Forgotten Light, Memory Poems edited by Louise C. Callaghan. I came across Connolly again in New Poems of Oriel, one of my favourites in that is "Tobar an tSolais Killineer". I purchased her latest collection Forest Music which the poet was kind enough to sign while offering some words of encouragement. I actually read my own poem directly after Connolly's reading, that was daunting and thrilling.
Michael Sheils is a member of Meath Writers Circle. He has published a book called Short Trousers Days in Navan. He is known as the Sheriff.