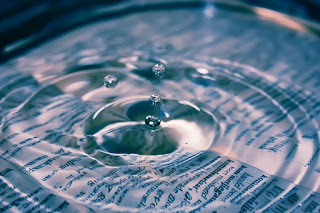 It had slipped my mind that Clear Poetry, a UK based zine edited by Ben Banyard, published two of my poems in September.

It was a real joy to write some poems for The Pickled Body's "A lot of what I like is trash" submission over the summer and to have a poem included in the issue which can be read here.

In June The Honest Ulsterman published my poem A Day of Rain which had been very cathartic to write.

Thanks to Dodging the Rain for including "The Singing Lighthouse" on their site in the autumn.

Another highlight of the year was the inclusion of a villanelle in Lagan Online's "Inking the Unthinkable".
Posted by Orla Fay at 23:13 2 comments: 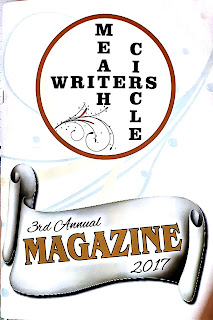 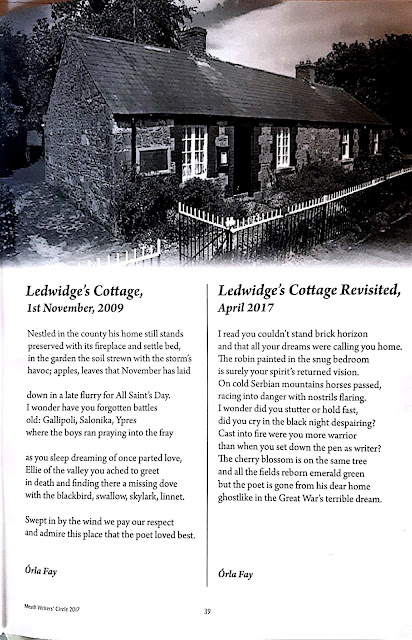 ﻿
I had two poems included in The Meath Writers Circle's 3rd Annual Magazine as seen above. The magazine includes a lovely foreword by Frank Murphy remembering writers and poets past; FR Higgins, Tommy Murray, Jonathan Swift, Francis Ledwidge, James Clarence Mangan, Myra Lalor and John Wiseman. Thanks to Michael Farry for passing the magazine on as I could not attend the launch night. Boyne Berries 23 is now open for submissions and details can be found here.

Most recently I was delighted to have a poem about a visit to Paris published online at STEPAWAY MAGAZINE, issue 25, which is based in Newcastle, and edited by Darren Richard Carlaw. The premise of submitting work for this magazine is to write about the city:

StepAway Magazine is an award-winning online literary magazine which publishes the best urban flash fiction and poetry by writers from across the globe. The title of the magazine draws inspiration from Frank O’ Hara’s landmark flâneur poem, “A Step Away from Them”. Our magazine is hungry for literature that evokes the sensory experience of walking in specific neighborhoods, districts or zones within a city. This is flânerie for the twenty-first century.

I was also thrilled to have some poems included on the wonderful Poethead which is edited by Christine Murray.

Cyphers Magazine also published my poem York's Walls in its most recent issue 84 and I attended the launch night in November. 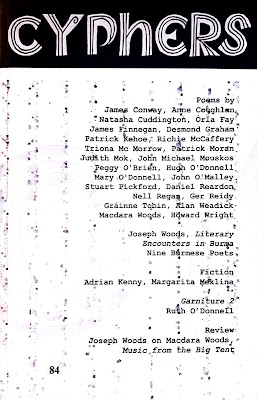