Wow I am so proud to have a poem included in the summer issue of the online magazine The Linnet's Wings.  It's a gorgeous ezine and if you follow the link to have a read click on the Digital Edition to get the full effect.  Poets included in this edition are Eira Needham, Lark Beltram, Annie Whitehouse, James Owens and Nonnie Augustine.  You can find my poem Drawn to the Light on page 28.  Also included are Susan Tepper, Anne Earney, Andrew Stancek, Liz Haigh, Beth Crossley, Brian McMillan, Cezarija Abartis, Peter Kieran and Katie O'Flynn.
The Linnet's Wings was founded in Edgeworthstown in the summer of 2007 and  inspired by the ideas and writings of Maria Edgeworth, Lord Byron ,Oliver Goldsmith, Jonathan Swift, Padraic Colum and many of the other fine voices-of-old who once lived in and graced the surroundings of this small village.
The Linnet's Wings is supported by an international team of editors who are based in the Republic of Ireland, US, UK and Canada.  Their aim is to showcase writers and artists whose work stimulates and challenges the sensibility and imagination of its readers, and to provide a seedbed of inspiration for writers/artists and readers both, just as was done by the voices of the past.
Find it here:
http://www.thelinnetswings.org/
﻿
Posted by Orla Fay at 20:39 2 comments:

Labels: Drawn to the Light, The Linnet's Wings

Anyone who is interested in the poet Garcia Lorca check out this link to an article in the guardian:
http://www.guardian.co.uk/culture/2011/jun/25/spain-franco-federico-garcia-lorca
Posted by Orla Fay at 08:29 No comments:

Happy Pride to all my gay and lesbian friends.  The pride march starts today at 2pm at the Garden of Remembrance in Dublin.

The Lord of the Rings

We did The Hobbit for Junior Cert in school so afterwards I bought the Lord of the Rings trilogy and knuckled down to reading it for the summer.  It was difficult to give way to a present of fantasy but I loved the first book, The Fellowship of the Ring, and sure enough I found my way slowly through the books.  I'm not a fan of the movies but I might watch them again at some stage.  Such a strange world presented by J.R.R. Tolkien.  I might read the fellowship again too.  How scary are the Nazgul!? argh run...
The Road goes ever on and on
-------- Down from the door where it began.
Now far ahead the Road has gone,
-------- And I must follow, if I can,
Pursuing it with eager feet,
-------- Until it joins some larger way
Where many paths and errands meet.
-------- And whither then? I cannot say.

- From The Fellowship of the Ring

- From The Two Towers

Legolas Greenleaf long under tree
In joy thou hast lived. Beware of the Sea!
If thou hearest the cry of the gull on the shore,
Thy heart shall then rest in the forest no more.

Labels: The Lord of the Rings 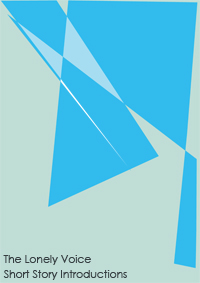 I recieved an email earlier informing me that one of my short stories, Safa, has been selected as one of four winners of The Lonely Voice June 2011.  The judge is Leo Cullen and I will read my story on Wednesday, 6th July, in the Irish Writers' Centre.  I'm very proud and especially as this is a story I really wanted to tell and I spent hours in the library making it work one evening before coming home and spending more hours typing it up.
The Lonely Voice: Short Story Introductions take place on the last Wednesday of every month. Up to four short story writers are selected and invited to read their work at the event.  The Lonely Voice are particularly interested in providing a platform for emerging writers, who previously may not have had the opportunity to read their work in public.
For more information visit: 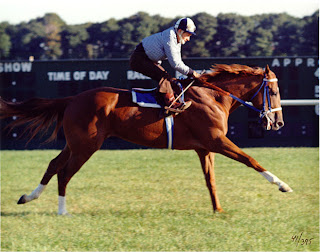 http://www.youtube.com/watch?v=QyqllleV6WA
Greeting dudes and dudettes, warlocks and witches, werewolves and vampires, aliens and earthlings, people of the blogs and nether regions (fairies).  I am hiding out all day and it's been fandango so far.  I've written one new poem, which I a bit happy with and edited the three newish ones.  They're okay poems but one must be like Theseus and follow the threads out of the labyrinth.
I loikes this poem below so I does.  I can't believe it's half way through the year.  I'm waiting for my red roses to come out.  They're ready to burst from the buds.  I saw Hereafter yesterday, directed by Clint Eastwood.  It has taken something of a bashing by the critics but I enjoyed it.  At least it tackles some modern issues like effects of tsunamis, terrorism and spiritual crisis.  I also watched Secretariat, a movie about the famous horse who won the triple crown: the Kentucky Derby, the Preakness Stakes and the Belmont Stakes.  He won the Belmont Stakes by 31 lengths, of this the commentator famously said "Secretariat is widening now! He is moving like a tremendous machine!"  His chief rival was a horse called Sham.  Big Red as Secretariat was also know was the damsire of Stormcat and the great grandsire of Giant's Causeway.  He was owned by Penny Chenery, trained by Lucien Laurin and ridden by Ron Turcotte.
Paul Celan - Corona

Autumn eats its leaf out of my hand: we are friends.
From the nuts we shell time and we teach it to walk:
then time returns to the shell.

In the mirror it's Sunday,
in dream there is room for sleeping,
our mouths speak the truth.

My eye moves down to the sex of my loved one:
we look at each other,
we exchange dark words,
we love each other like poppy and recollection,
we sleep like wine in the conches,
like the sea in the moon's blood ray.
We stand by the window embracing, and people
look up from the street:
it is time they knew!
It is time the stone made an effort to flower,
time unrest had a beating heart.
It is time it were time. 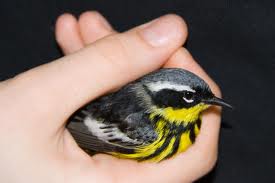 I have gotten over my despair and the floodgates have opened.  Three new poems written, as what is a bird without a wing and a poet without a song? One is about the bird I saw, the second is about the exploration of the self growing older and the last one is about caffeine and love.
I bought the Spring and Summer issues of The Moth in Easons in Navan over the last couple of weeks.  It's such a lovely magazine and I think it's fantastic that you can buy it in Easons.  There are never any decent writing magazines to buy in big bookshops.  I really like Niamh Boyce's poem Mr Grey Hair, Yellow Teeth, Finish Me and She'll be glad... by Paul Keenan in the Spring issue.  I have to read the Summer one properly yet.
What else, oh I got the latest issue of Riposte in the post and Tommy Murray has a good poem in that.  I can't find it now, wonder where I put it.  I also want to revise some older poems that are slightly edgy and stylistic.  I'm not going to change them much, just make them more refined and mature.
Posted by Orla Fay at 21:45 2 comments:

I was very moved earlier today and even distraught when I came across a half-dead bird while out for my cycle.  I also became very angry that there has to be suffering in life, childish and naive of me I know.  I felt like crying.  I wrote a poem about it, well it's a first draft.  It was a relief to be able to write as I had felt blocked all the past week.  Later in the evening I came across a dead squirrel on the road too.  Sometimes I think we are such a stupid and selfish race.  We don't take enough care.
﻿