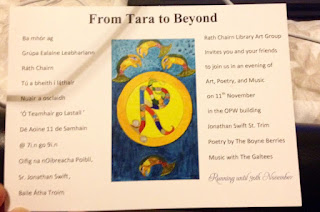 I'm really looking forward to seeing this exhibition on the 11th November in the OPW building in Trim. Members of The Boyne Writers submitted poems about Tara to Rath Chairn Art Group, the Art Group then used the writers' works as prompts and the base for new paintings. I believe that I will have three poems painted. Two of the poems below and suitable for this dark time of the year. The Woods on Tara Hill was inspired by a New Year's Eve walk on a Tara that was covered with snow and ice. Sometimes I imagine what the old people would like to say if they could have a voice. The poem written in Irish was an experiment and I tried my best with my limited knowledge of the language.

The Woods on Tara Hill


Behind every trunk an exit, and none.


Way is leading on to way.


Pray stay with us for a thousand years


And more above the river and hinterland!


Between the oak and holly we are gagged.


Layers of leaves, dry as sand, rustle on the ground.


We are dying in the woods and our innocence expires…


Hug the trees like they are souls, place coins in the bark,


Bid us the blessing of Litha by the Lia Fáil.


We ache to break surface, scream with beasts in the night.


Few heed us, release us; forgotten voices of the past.


Where are our poets and our druids?


Brethren we are the Tuatha, the Fianna and the Sí!


Drink deep our wines carried in the midnight murmur;


The faraway sound of the paternal drum. 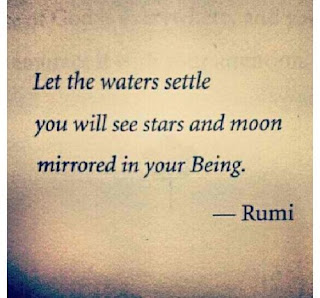 Morning blog, it's nice to be here before work (albeit quickly). I wrote a poem last night and I'm working on another, which I'm not mad about but it keeps writing itself and I have no idea where it's going yet. It occurred to me while working on the first poem that you can't be creative if you're afraid of making a mistake. I think children know this and take it for granted but adults forget or they become tempered. 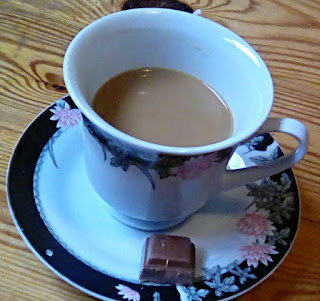 There comes a time in the month when chocolate is a necessity. I'm sure all women must feel this. The body speaks and we must listen (of course not necessarily comply). Oh I'm sure there is a poem in this and that there have been many written already. Immediately Yeats comes to mind and his 'tattered coat upon a stick', Chase Twichell's 'dogs of the self'  or Dylan Thomas singing in his chains. I think that's what poetry does, it touches the universal pulse. I'd love to stay here longer but I have to go out now.

I'm tasting my cup now like I've never noticed it before.
Posted by Orla Fay at 09:42 No comments: 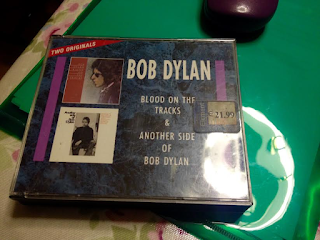 I went looking through my cds for a Bob Dylan cd and found a dusty Blood on the Tracks and Another Side of Bob Dylan, interesting as there's a blood, hunter's moon tonight. Of course I listened to To Ramona as it's still gorgeous and smiled widely listening to It Ain't Me Babe. Go lightly from the ledge babe is a great lyric.

Ramona, come closer
Shut softly your watery eyes
The pangs of your sadness
Will pass as your senses will rise
The flowers of the city
Though breathlike, get deathlike at times
And there's no use in tryin'
To deal with the dyin'
Though I cannot explain that in lines.

I finished a poem tonight that I had started earlier in the week. I hope to get up early in the morning to write.

I also found an opera cd and gonna have a listen to that now and I might die and go to heaven! 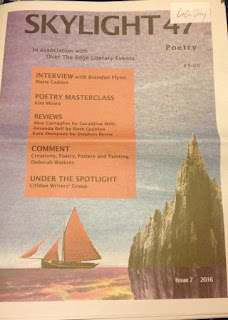 On a day when I posted contributors' copies of Boyne Berries to the four corners of Ireland and to England, the USA, France and Turkey it was nice to come home and find my own contributor's copy of Skylight 47 in the post box. This issue 7 has 28 pages of poetry and reviews of recent poetry collections. It's actually a bit of a dream to read a paper of poetry. Well done to Skylight 47

My included poem is a sonnet called Love Letter which was written with late spring's energy and optimism and it is a love letter to the sun about growing. I have written some lovely sonnets this year.

Tonight is a cool October night and you can see the stars in the sky so it will probably be slightly frosty in the morning. The leaves are turning gorgeous colours and you'd need to be very blind and withdrawn not to notice them and admire their beauty. 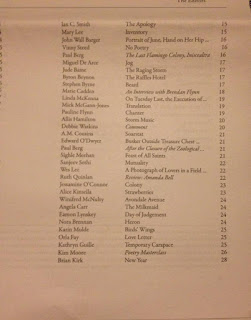 Good morning blog. I got up with the dawn to write some poetry as life's been a whirlwind lately and I'm happy to have written one poem. I hope to write another today too. I also have to organise posting contributors' copies of Boyne Berries 20 and legal deposit.

An Anthology of Reactions will be published later in the month in Limerick. I've a poem in it called Teenage Kicks, 1991 - 1996. (Yes really) The centenary year is slowly but surely drawing to a close. 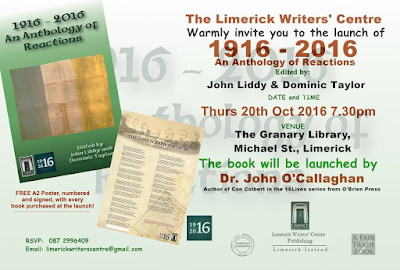 Labels: An Anthology of Reactions 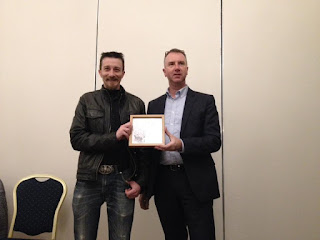 Rory O'Sullivan and Ken Davis
Boyne Berries 20 was launched on the 29th of September in The Castle Arch Hotel by former editor of The Meath Chronicle, Ken Davis. Thanks to those contributors who attended and read, including Kate Dempsey, Honor Duff, Steve Wade, Emmaleene Leahy, Bernadette Gallagher, Siobhan Daffy, Frank Murphy, P.D. Lyons and members of the Boyne Writers. Thanks especially to chairwoman of the group, Caroline Carey Finn. 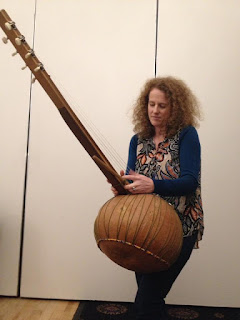 Poet Siobhan Daffy with African Harp
Posted by Orla Fay at 10:43 No comments: 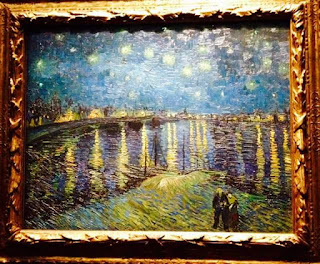 I took this photo of Van Gogh's Starry Night Over the Rhone at the weekend in Musee D'Orsay in Paris. You walk around a corner and there it is for all to admire. There are so many gorgeous paintings in Orsay and I felt like a little kid at Christmas there.

So it was a beautiful weekend anyway despite the high security and I feel sad for Paris but the people there must be very resilient and I hope they continue to be because it is still La Ville Lumière. 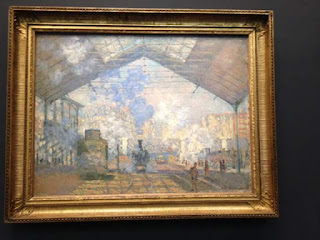 I wrote this poem about 10 years ago after seeing this Monet painting adorning the cover of Emile Zola's LA Bete Humaine which I had read. You can imagine my excitement when I saw the painting again at the weekend. The poem was published in an early issue of Boyne Berries.


I fell in love once and given
Pearls and moonstone to put around my neck
I was told that the curse of the dream was waking.

I could never understand just missing the train.
Surely there would be another one coming,
In an hour and if not today, then tomorrow.

Tomorrow I’d catch the same train again
And reach my destination.
But I couldn’t venture back into the past.

Sometimes I dream.  I dream in the way
The impressionists painted their pictures,
Sometimes grainy and far away.

I arrive there on the ghost train
And disembark on the platform
Admiring the silver railway tracks.

Then the steam from the engine
And the fog, come rolling in from the countryside,


Embrace each other in another century.
Posted by Orla Fay at 22:41 No comments: