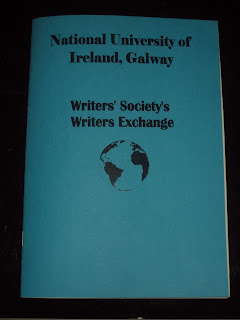 I was happy to receive a couple of copies of the chapbook pictured above in which my poem To Kurt Cobain is published.  It's one I wrote maybe four or five years ago in which I tried to capture what the rockstar meant to me.  I am a big Nirvana fan and often wish that Cobain had overcome his demons to live and record more music.  In the chapbook each writer has a piece included and their critique of another included writer's work is also found within.  Each writer was paired.  It was a great idea and it was something that began during the dark days of a very harsh winter.  Well done to Liam Duffy, Sarah McCarthy and Rachel Smiddy who are responsible for the exchange.  Fellow blogger Niamh Boyce has a poem here called Whatever about a mother and daughter relationship.  I also notice that Alan Garvey has a poem in the chapbook and he will have one published in Boyne Berries 9.
18 writers participated in the exchange, from Portland in the U.S. to Suffolk in England, from Asturias in Spain to Limerick, and from Ballymoney in N.I. to Navan.  You can find out more about the NUIG Writers' Society by emailing writers@socs.nuigalway.ie
To Kurt Cobain
Dancing flame you are the colour blue
and smell of petrol.
Your guitars are relentless,
guzzle gasoline in anger,
then fall lazily in couldn't care less lethargy.
Your drums beat you bruised.
Now your voice soothes,
hoarse, coming from some
deeper place,
raw as an open wound
and stronger than life,
vibrant
as an instrument
striking trapped chords.
You ignite, give voice, freedom, healing. 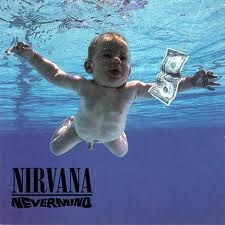 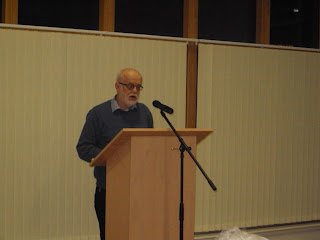 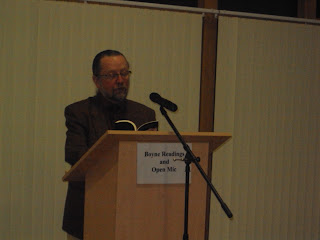 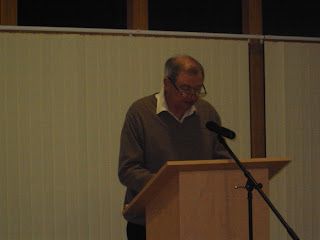 Tom Dredge
Posted by Orla Fay at 20:49 No comments: 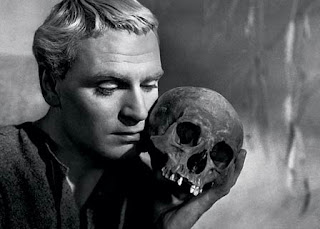 Noel King's debut collection of poetry, Prophesying the Past, was published last year by Salmon Poetry.  He was born and lives in Tralee, Co. Kerry.  He has been very widely published internationally and he is the editor of Doghouse Press, a poetry and short stories imprint. Mr. King is also a singer and musician. He is the featured reader at tomorrow night's event.  The reading will take place in the Knightsbridge Village Hall, Longwood Road, Trim at 8 p.m.  All are welcome.
I went searching through my memory and I remembered that Noel King was in Limerick a couple of years ago when I had a poem published in Revival Poetry Journal along with Tom Dredge, a fellow Boyne Writer.  Michael Farry had also been in Limerick then as he had a poem published in The Stony Thursday Book. The launches had taken place as part of the Cuisle festival.  His poem in that Revival (Issue 13) is called Us at the Edinburgh Fringe. 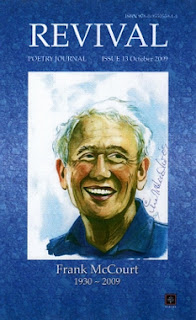 I also had a poem in Crannog 23 and Noel King has a poem in that too called My Soliloquy Talks Back.  Soliloquy is such a great word, I've always had a fancy for it.

My Soliloquy Talks Back

You will grow
less bitter soon,
cadences of love

you feel now
will shadow nothing
- your future self

flooding the paths
that are leading
your next life,

marching you on,
the waters will break
escaping the burdens:

in day dazes
of pure poetry.
Just be patient.

Flies that buzz
round your cottage
will not irritate,

your life leading
will prove it.
You could walk

week-ends of searching
purge the depths of space
for answers now
I tell you.

Noel King
Posted by Orla Fay at 22:35 No comments: 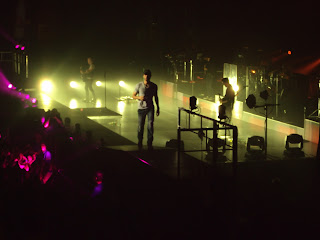 An energetic performance last night by Enrique.  My friend Edel and I hit the big smoke, both being off work.  We visited the shops on Henry street and hit a couple of bars, catching the Cheltenham Gold Cup along the way.  It was a great race with the young Long Run defeating the valiant Denman and the legendary Kauto Star.  I always think of Desert Orchid on Gold Cup day, remembering him charging up the Cheltenham hill to catch Yahoo in 1989.
The Luas goes straight to the O2 arena from outside the Jervis Centre.  The O2 is still called the Point on the Luas line.  Lemar suppported Enrique.  He has a teriffic voice.  I sang along to his hit 50/50:
Step back don't try to kiss me
Right about now I'm 50/50
It was approximately 9.20 when young Iglesias came on stage (well he's 35, but young in comparison to his father, Julio, Iglesias senior).  And he sang hit after hit while engaging the crowd in a dialogue.  My favourite songs were Bailamos, Escape and Rhythm Divine.  The star sang a song in his native Spanish.  He was born in Madrid in 1975.
Iglesais is a sensual performer and he came across as being a genuinely nice guy.  He said that his two favourite places to play are Mexico city and Dublin.  He brought a girl up on stage to sing his hit Hero to and he also brought a brother and sister up on stage to chat to.  The brother and sister were Lithuanian and have been living in Dublin for 5 years.
I suspect Enrique's star is only beginning to explode though his rise has been steady from latin american label Fonovisa to Universal Music Group.
From the coast of Ipanema
To the island of Capri
All the way to Kuala Lumpur
I will follow you wherever you may be

All I need is the rhythm divine
When lost in the music, your heart will be mine
All I need is to look in your eyes
Viva la musica, yeah, say you'll be mine 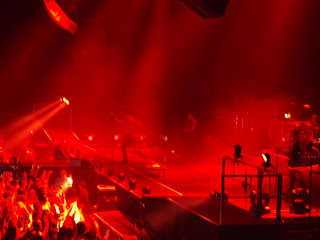 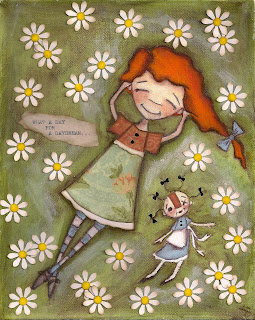 I received the poems I had contributed to the writers' exchange back in the post last week. I am happy with the critique they experience from what was an anonymous judge but I now know her name is Rachel Smiddy and she's a nineteen year old from Limerick.  It's a bit frightening to see someone so young with such command of the language.
Again it's the small things that can make or break a poem, deciding whether to keep or omit a line, being able to see at all whether this line will add to or detract from the work.  When you are so close to something it is difficult to see its faults.  It comes down to even knowing whether to change or to keep a word for the effect it will have, in an onomatopoeic way for example.  See I have learned something!  And what are time markers?  It's quite clear to me now that sometimes what I am trying to express does not come out as clearly as I would like, but then that is because the thought is flawed and has not been thought through to the end point.  Then again I do daydream and often things aren't always clear to me.
So summary style ends do not work and it could be best to leave the reader wanting.  I guess this is poetry and not prose Orla!  And some words or lines in your poem can be redundant, i.e. they are there to fulfil a line stanza pattern only.
A couple of poems escape any criticism and the reader loved them and felt inspired so that's good :))
Posted by Orla Fay at 22:59 2 comments: 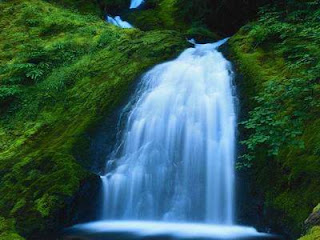 Spring has finally sprung though the days of showers and cold winds of March and April are ahead, me I'm looking forward to a summer breeze, amazing the things you can miss, crave and yearn for.  The soft moss is on the barks of trees and the grass is growing.  I haven't noticed much foliage on the trees yet through.  I should look more closely tomorrow.  Spring, ah yes, remember Gerard Manley Hopkins' poem:
NOTHING is so beautiful as spring—

When weeds, in wheels, shoot long and lovely and lush;
Thrush’s eggs look little low heavens, and thrush
Through the echoing timber does so rinse and wring
The ear, it strikes like lightnings to hear him sing; 5
The glassy peartree leaves and blooms, they brush
The descending blue; that blue is all in a rush
With richness; the racing lambs too have fair their fling.

What is all this juice and all this joy?
A strain of the earth’s sweet being in the beginning 10
In Eden garden.—Have, get, before it cloy,
Before it cloud, Christ, lord, and sour with sinning,
Innocent mind and Mayday in girl and boy,
Most, O maid’s child, thy choice and worthy the winning

It's also Seachtain na Gaeilge so I've been taking more notice of the language and looking up some seanfhocail.

Dá fhada an lá
tagann an tráthnóna.
(However long the day,
the evening will come.)

Aren't these a little similar to the Japanese haiku? 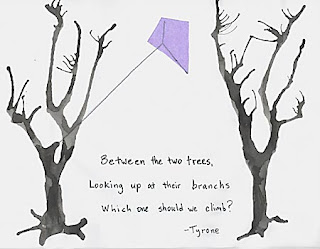 And next week it will be St. Patrick's Day.  What of the shamrock, with its three leaves representing the father, the son and the holy spirit.  I hope to visit Tara at the weekend. 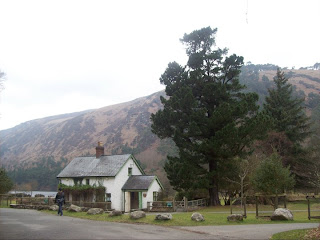 Stream And Sun At Glendalough by William Butler Yeats


Through intricate motions ran
Stream and gliding sun
And all my heart seemed gay:
Some stupid thing that I had done
Made my attention stray.

Repentance keeps my heart impure;
But what am I that dare
Fancy that I can
Better conduct myself or have more
Sense than a common man?

What motion of the sun or stream
Or eyelid shot the gleam
That pierced my body through?
What made me live like these that seem
Self-born, born anew?
Posted by Orla Fay at 11:17 No comments: