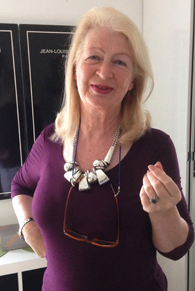 Poet Jean O'Brien will launch Boyne Berries 26 on Thursday, 24th October at 8 pm in The Castle Arch Hotel, Trim. Contributors to the magazine will read on the night. Tea and coffee will be served. All welcome.

Jean O’Brien’s fifth collection, Fish on a Bicycle: New and Selected Poems, was reprinted by Salmon Poetry in October 2018. Her poem ‘Merman’ won the Arvon International in 2010. In 2017 she was awarded the Patrick and Katherine Kavanagh Fellowship and was recently shortlisted in the Voices of War Competition run by UCD.

Jean's poem ‘Once I Woke’ can be read here.

HeadStuff Poem of the Week - Hunger


My poem Hunger is on Headstuff as the poem of the week. HeadStuff.org is a collaborative hub for the creative and the curious.

I wrote this poem last year during the heatwave when I was working in Dublin city centre. It has been edited a couple of times and I'm glad it has a home now. The themes speak for themselves, homelessness and hunger, fundamental needs that just aren't being quite met in society and I wonder sometimes about the spiritual poverty of it.
Posted by Orla Fay at 22:06 No comments: 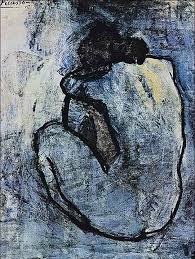 My poem The Blue Girl can be read on i am not a silent poet. I wrote it a couple of weeks ago after reading about the #bluegirl, Sahar Kohdayari.
Posted by Orla Fay at 21:27 No comments:

Labels: i am not a silent poet, Sahar Khodayari, The Blue Girl 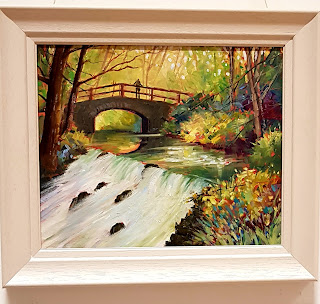 I was recently happy to make the shortlist for this year's Bailieborough Poetry Prize and attended the prize giving in the town library yesterday. Congratulations to the eventual winner Christopher M. James with his poem Janus. I very nearly wrote about this god myself over the summer and had researched him a little one day.

In ancient Roman religion and myth, Janus is the god of beginnings, gates, transitions, time, duality, doorways, passages, and endings. He is usually depicted as having two faces, since he looks to the future and to the past. - Wikipedia

My own poem took its title from Carson McCuller's novel and the poem is a remembering of early teenage years. For some it's a weekend of celebrating Junior Cert results so the poem is apt in its timing. I wrote it this summer and you can enjoy it below. Thanks to all at the Bailieborough Festival and to judge Anthony J. Quinn current Writer-in-Residence for County Cavan. I hadn't realised that the opening stanza had 5 lines and the rest 4 until now but I'm not going to change this.


The Member of the Wedding

When I think of dog days, I remember Frankie Addams,
F. Jasmine Addams lost and struggling in the novel,
adolescent, truculent, a tomboy. I see her roaming
the streets of the South on an August day, her hair slicked back
and clothes clinging to her in sweat. She longs to go to Alaska.

We studied Carson McCuller’s novel along with The Hobbit
and To Kill a Mockingbird for our Junior Cert.
I related to Frankie’s awkwardness, the way she longed to fit in.
I think our teacher was showing us that it was ok to be different,

that feeling was something we could do.
She told us to underline Atticus Finch’s words
to Scout about walking around in someone else’s skin,
to consider things from another’s point of view.

I had nothing to do on the summer holidays, so I read,
bought The Lord of the Rings trilogy in one huge volume,
the bible, my brother and I christened it. The cover was green,
a majestic Gandalf portrayed holding his staff in the woods.

We named the kittens that appeared from the haybarn Frodo and Sam.
At night we lit a campfire and trailed across the fields with a torch
and makeshift wooden weapons. We stayed out for as long as we could,
until startled by distant barking or a frightening rustle,

or until the stars were too bright, too close, too silver.
I was allowed to take the bus to O’Connell St.,
arranged to meet friends under the clock at Easons.
I wore combat trousers, smoked a Marlboro, felt dizzy afterwards.