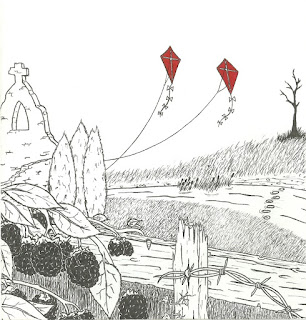 Kites by the Abbey, Rory O'Sullivan﻿